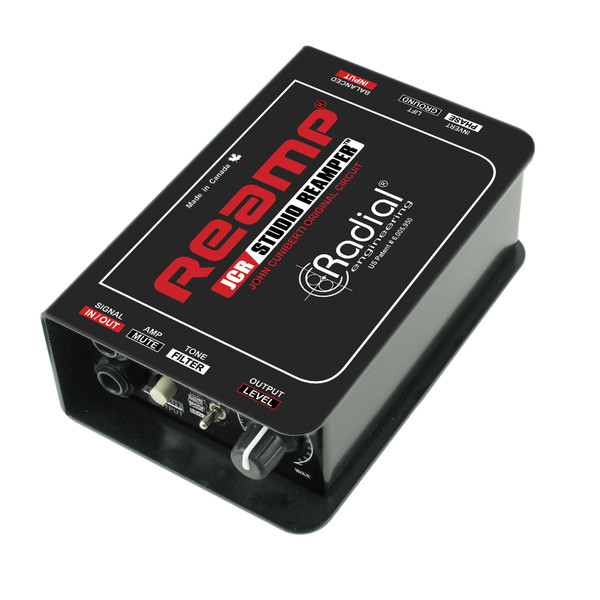 Original Reamp Circuit
The Reamp JCR is a passive Reamper that allows you to take a prerecorded track and send it back to a guitar or bass amplifier and re-record it. The benefits are tremendous: instead of worrying about the sound of the track, you can focus your attention on getting the best musical performance. Once the magic has been captured, you can send the guitarist home and Reamp the track at will as you move the mics around the room, try various amplifiers or introduce effects. Best of all, you can Reamp the track later as the production develops.

Play now, perfect later
The Radial Reamp JCR is the latest version of the original Reamp that was designed and patented by John Cuniberti. It features a 100% passive design with John's original custom wound 'Made in the USA' transformer and circuit. The latest Radial version features separate XLR and ¼" TRS input connectors, variable output level plus a three-position filter that lets you tame excessive highs, warm up the lows or simply bypass if you want to revert to the original circuit. An on-board mute function has also been added to allow you to shut off the signal going to the amps when making adjustments or moving mics around the studio. 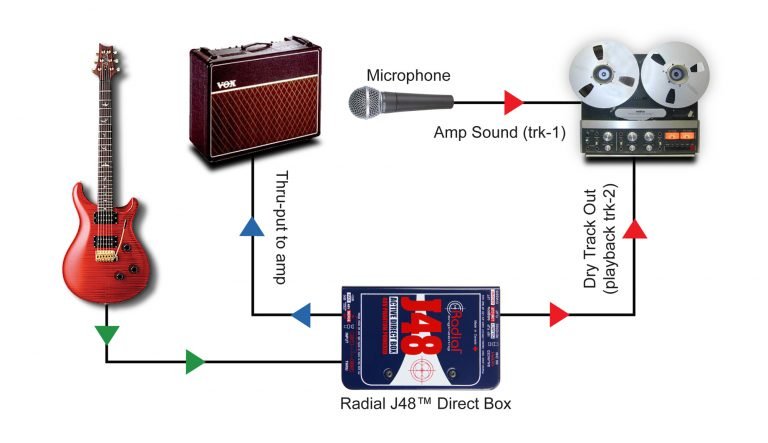 Reamping Part 1
Reamping usually starts by recording a dry clean track. The Radial J48 is an excellent choice for this as it presents the guitar with an ideal impedance for natural tone. 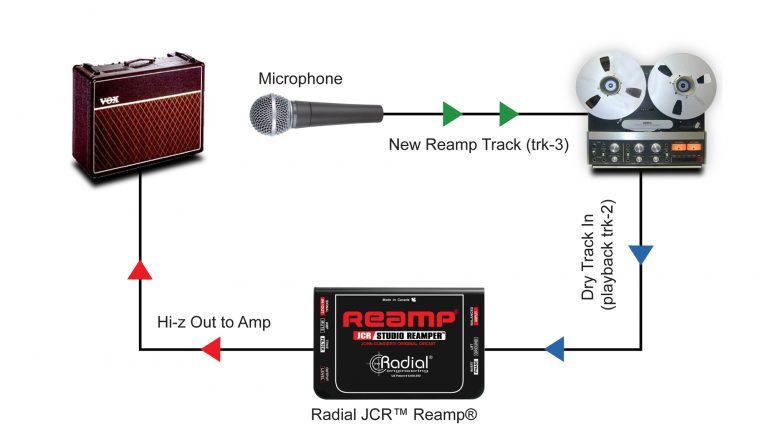 Reamping Part 2
Once the dry track is recorded, send it back to the Reamp JCR where it can feed a guitar or bass amplifier. Mic the amp to capture the new tone. Move the mic around to find the sweet spot.