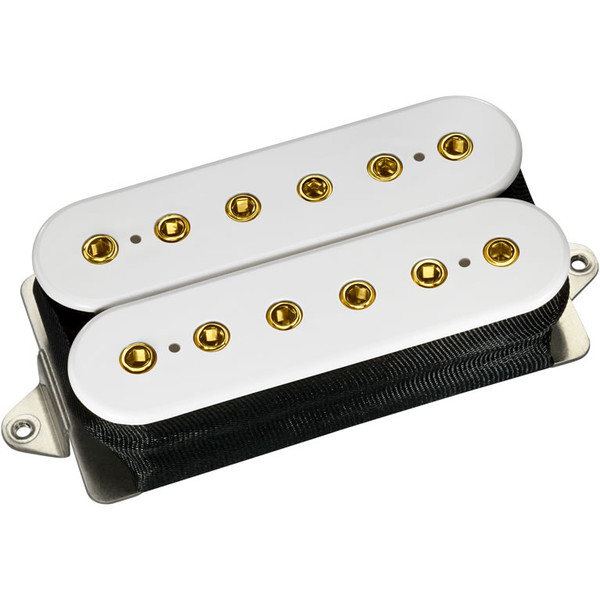 The Gravity Storm™ Neck & Bridge Model pickups were designed for Steve Vai, and are the next step in his pickup evolution. The pickups are named after a song on his album, Steve Vai: The Story of Light. Steve described the sound he wanted from his new Gravity Storm™ Bridge Model pickup as “a thundering cloud of ice cream”. He didn’t say what flavor he likes, but this one has both bite and sweetness.

Recommended For:
Neck; can be used in bridge.

Tech Talk
Most neck humbuckers don’t do a great job at reproducing pick harmonics, especially if they have a warm sound. This one’s different, particularly with 24-fret guitars. The combination of fat neck position tone with harmonics is something we haven’t often encountered before. It has a throaty quality that sounds like a cross between a humbucker and a single-coil.