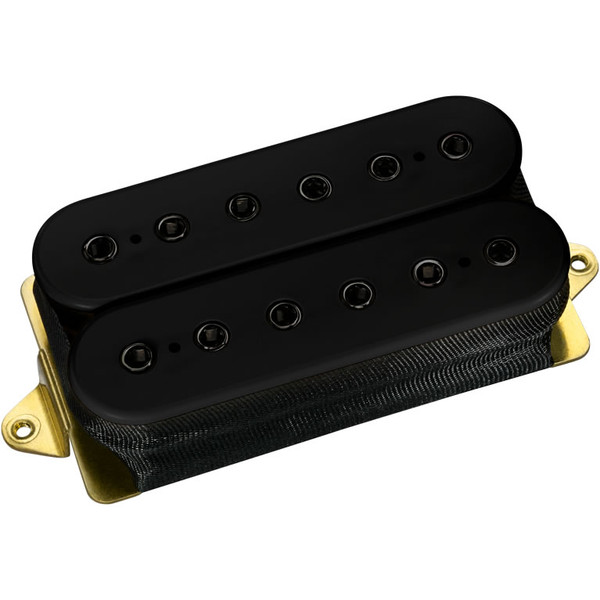 The Imperium™ Neck Model was developed for Revocation front man Dave Davidson. Dave’s exceptional guitar playing is difficult to categorize. It has been suggested that he be described simply as a “metal” player without any additional modifiers because he spans the gamut. He’s a true original, and DiMarzio are very pleased to be working with him.

It was very important to Dave to have pickups that not only sound good as a lead sound, but also sound great clean because he doesn’t always play with distortion. The low end is full-bodied and the high end comes through crystal clear. He also asked that the Imperium™ Neck and Bridge Models to be voiced as close as possible to the seven string versions, so there’s no tonal difference when he’s playing live, switching back and forth between his six- and seven-string guitars.

The Imperium™ Neck Model has a very smooth, liquid sound yet it’s really tuneful so that there’s a bit of contrast between the neck and bridge pickups when Dave plays leads.

The Imperium™ Neck is available in F-spacing only.

Tech Talk
The Imperium™ Neck Model has similar output to a PAF®, and Dave gets his overdriven sound primarily from his amp. Dave’s sound covers a lot of territory — from extreme overdrive to crystal clarity — and everything in between. His neck pickup works equally well with high-velocity solos and classic jazz chords.