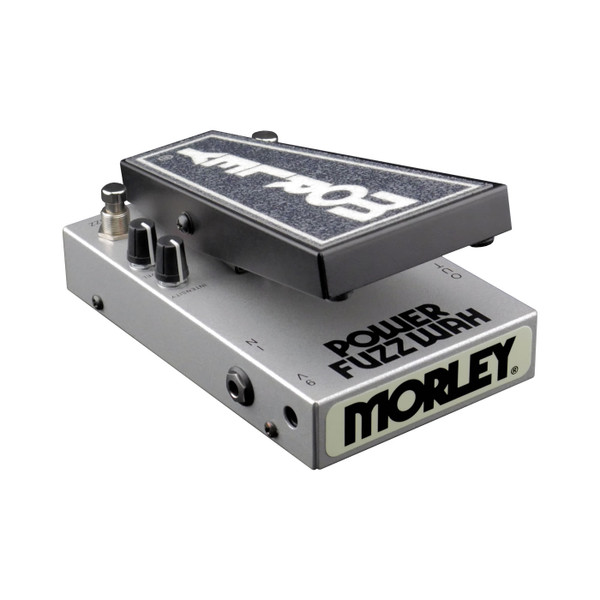 Behold the mighty Power Fuzz Wah, one of the great Morley classics. The 20/20 version not only comes in a Pedalboard friendly size, but now has our acclaimed Switchless Activation.

It offers Morley's widest frequency sweep and when combined with it’s Fuzz circuit delivers monstrous Fuzz Wah tone that will send other Wah pedals into hiding.

What is the new 20/20 series?
It’s the best of the best Wah and Volume pedals Morley make focused down into 10 models with improved features that solve problems. It includes classics like the Bad Horsie and Power Wah, but will also feature new never seen before Morleys released through 2019 abd 2020.

What new features do the 20/20 pedals have?
Morley didn’t just slap some new paint on their classics and call it a day. All 20/20 pedals come standard with the following features that solve problems:

Lifetime Warranty
Morley's products are built like a tank. In fact, they’re now offering a lifetime warranty on all 20/20 pedals that follows the pedal, not the player. That’s Morley Security.

Pedalboard Friendly Sizes
All 20/20 pedals are 6.85″ in length, 4.5″ in width and 2.5″ in height. Morley previously referred to this pedal size as “Mini” but it is now the standard Morley pedal size. The bigger pedals are now referred to as “Classic” size. Prefer the Classic size? Don’t fret, Morley are continuing production of a few.

Optical
Morley's founder Ray Lubow brought Optical circuitry to the effects pedal world in his quest to build the better mousetrap. Traditional Potentiometers will wear down and get scratchy over time. That won’t happen with a Morley! Optical Wah pedals are also now back int he EU and available worldwide.

Glow-In-The-Dark Details
Never lose your pedal on a dark stage. Morley's patented Pedal Glow makes sure you know exactly where your pedal is located. Plus, it looks freakin’ cool.

Silent Switching
No more of the dreaded “Pop” sound. All 2020 pedals have silent switching.