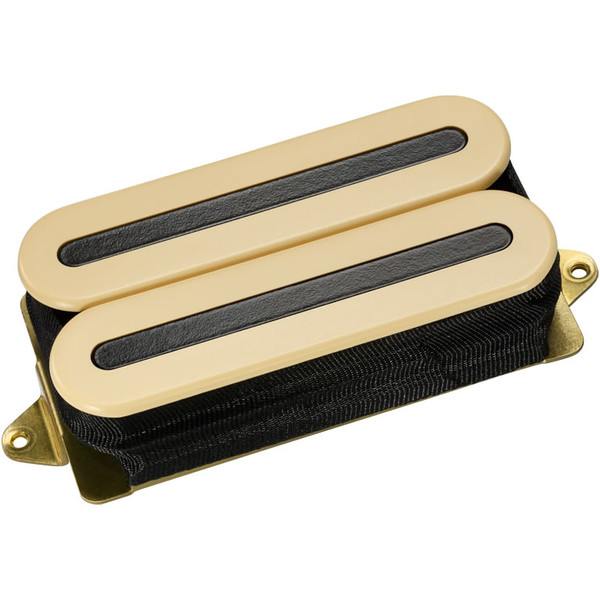 For nearly 30 years, the DiMarzio® X2N® has been the top choice for all-out power. In the last couple of years, DiMarzio have developed totally new ways to combine power with clarity, which first resulted in the D Activator™. Now they bring you the D Activator-X™ Neck Model. It features the same striking look as the X2N®, but they've adjusted the output and tuned the coils to different frequencies to create a powerful sound wide open with a surprisingly clean sound when the volume control is rolled down, even with extreme metal and high-gain amps. The neck model is designed to produce a highly focussed attack centered on the upper mid range, with less magnet pull and output in order to balance perfectly with the Bridge model. The D Activator-X™ Neck Model features universal spacing for both standard and F-spaced applications.

Recommended For
Either position

Tech Talk
The D Activator-X™ Neck Model at 300mV has a lot less output than the Bridge Model. What is often forgotten is that strings generate much more output voltage over the neck position because they vibrate more strongly there than over the bridge position, so the neck and bridge models actually balance very well with each other. The neck model also has a weaker magnetic field, so it doesn't interfere with sustain or intonation. Both models were primarily designed for heavy music, but they're also very good for clean, bright sounds in split and parallel modes.