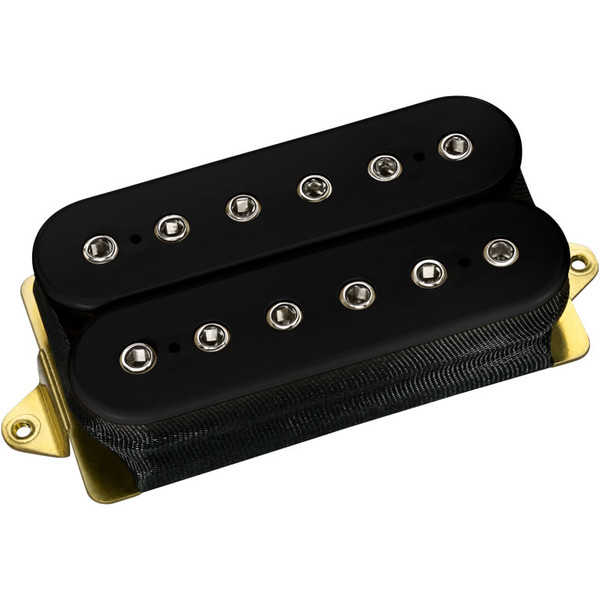 The D-Activator™ Bridge has an enriched harmonic quality and the notes want to sing. Both the D Activator™ Neck and Bridge pickups were designed to eliminate the sterile edginess commonly associated with active pickups. The D Activator™ Bridge pickup is about 25% louder than the D Activator™ Neck. Since DiMarzio were developing both pickups as a set from the ground up, they adjusted the volume levels on the pickups so they are balanced. That way when you switch from the neck to the bridge, you don’t hear a drop in volume — also a frequent problem with active pickups — and they don’t use batteries.

Tech Talk
An interesting fact about the most popular active bridge pickups is that they aren’t incredibly loud. Instead, they have a strong, focused attack that hits the amp very hard and makes them ‘feel’ more powerful than they actually spec out to be. This is an important characteristic that DiMarzio needed to capture with the D Activator™ bridge pickup. They also wanted to avoid the limiting effect that can occur with active pickups when they are played hard. DiMarzio's pickup is passive with a lot of headroom, and it responds quickly and accurately to changes in pick attack. A hard pick attack doesn’t cause the signal to flatten out, and picking more softly or rolling the volume control down lets the sound clean up naturally. Like all passive pickups, D Activator™ pickups require controls with a minimum value of 250Kohms. 500K is the standard all around value, and DiMarzio's 1Megohm tone control is best for long cable runs.