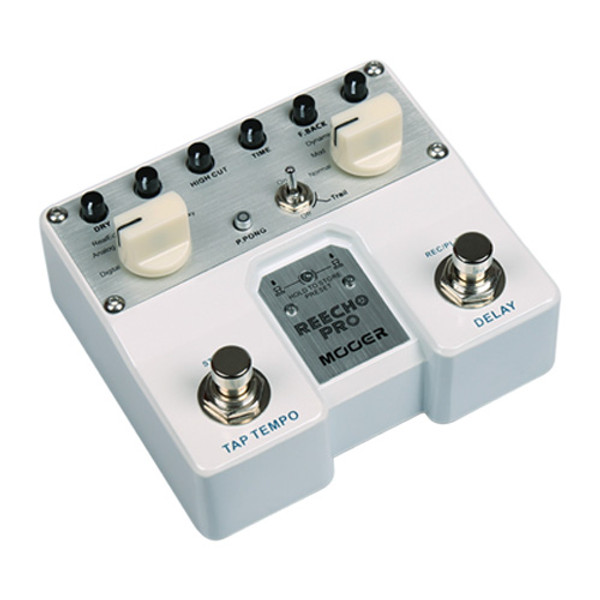 While Reecho and Shimverb were amongst Mooer's most popular pedals, the company was preparing for the birth of the next generation of those pedals. After several years of R & D, Mooer have finally released their more powerful and enticing pedals - the TWIN Series.
Reecho Pro uses floating-point DSP chips, with new algorithms, therefore the tone is significantly improved. Reecho Pro assembles 6 delay effects along with with Tap Tempo function which makes adjusting the delay time much more easier. From clean digital delay to psychadelic Galaxy Delay, the Reecho Pro provides different musical styles with different delays choices.
Add to that three additional effects which can be added to the delay effects. Reecho Pro have separated dry and wet level control. It's also equipped with high cut and low cut control, PING PONG function, Loop function, stereo input and stereo output, and a preset saving function. No matter whether you play at home or on the stage, the Reecho Pro will give you a much wider range of effects for your music.

HI CUT and LOW CUT Knob
These two knobs control the high and low frequency of the delay effect.