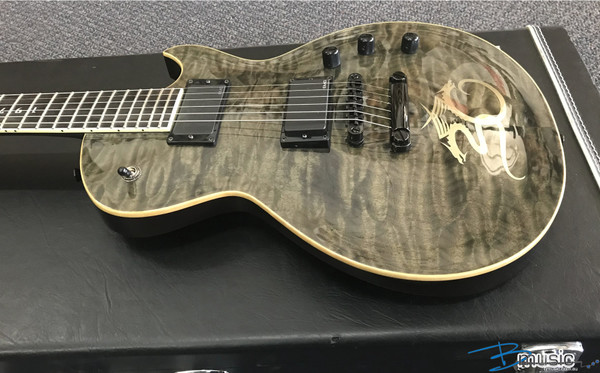 In 2005, to celebrate the 30th Anniversary of the ESP guitar company, ESP Japan produced a limited number of Kirk Hammett KH-2s and this, the Eclipse Custom, both sporting special dragon 30th anniversary artwork on the body.

Legend has it a certain Maryland-based American company took umbrage with the dragon logo, believing it similar to one of their own signature pieces of artwork, and requested it not be used. As a result only a handful of both models were produced, with numbers thought to be less than 10 of each.

This guitar has remained unplayed and unsold since it's arrival in 2005. Mint condition. A nick here or there on the case from storage, but in otherwise new condition.