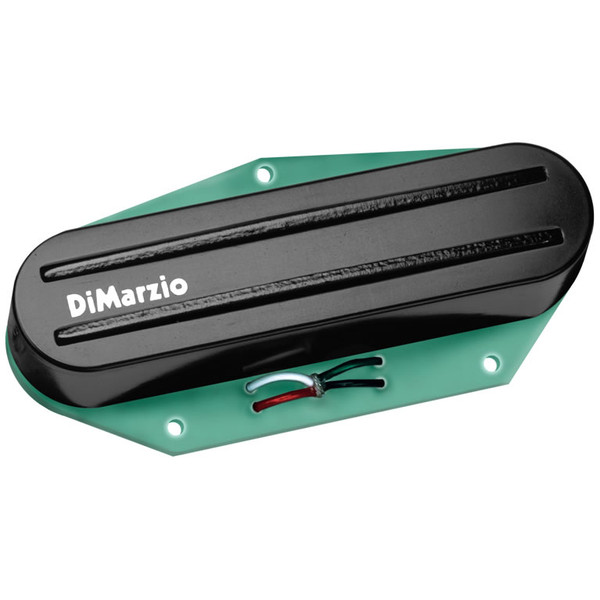 Tech Talk
Since the Super Distortion® T will be installed in the slanted bridge position of a 25½” scale guitar, DiMarzio have adjusted the specs of the original Super Distortion® humbuckers to compensate. Treble response is smoother, and bass response is tighter. Because of their narrow magnetic fields, dual-blade Tele® replacements are not generally well-known for their splitting ability. However, the Super Distortion® S has a very good single-coil sound in split mode that isn’t brittle or weak.