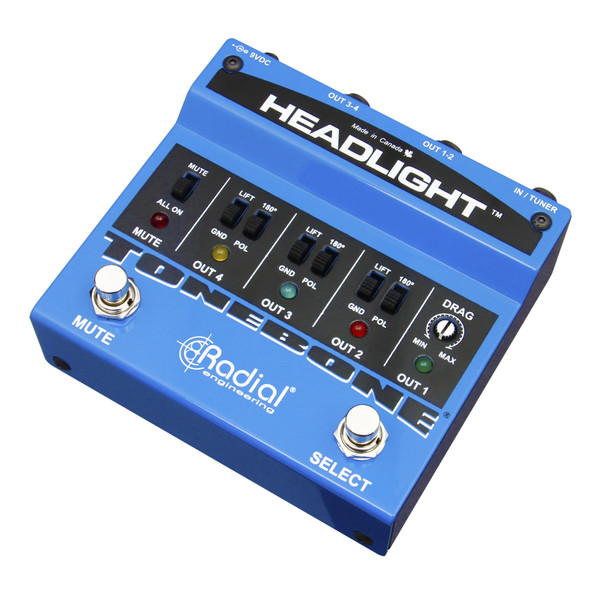 There are plenty of crazy guitarists that will plug into four amps at the same time! Why, say you? With a catalog of songs, having the ability to select the right amp for the right tune not only sounds better, it makes them groove on stage. In the studio, quickly switching between one amp to another without having to bring a rack and large multi-selector footswitch makes things all that much easier. The Headlight is made for these folks.

The design begins with Radial’s award winning Class-A buffer and Drag™ control load correction for absolute best tone and natural feel. A single rotational footswitch advances the signal to all of the outputs that are connected. A series of color-coded LEDs follow along for instant visual feedback.

To ensure quiet performance, the outputs are transformer isolated. These eliminate ground loops and the hum and buzz that seems to always be present with other switchers. Ground lift and 180º polarity reverse switches are also available to further quiet down the system and ensure all amps play in phase.

A mute switch works double duty to either turn all amps off for tuning, or turn them all on to unleash the power of the sun! 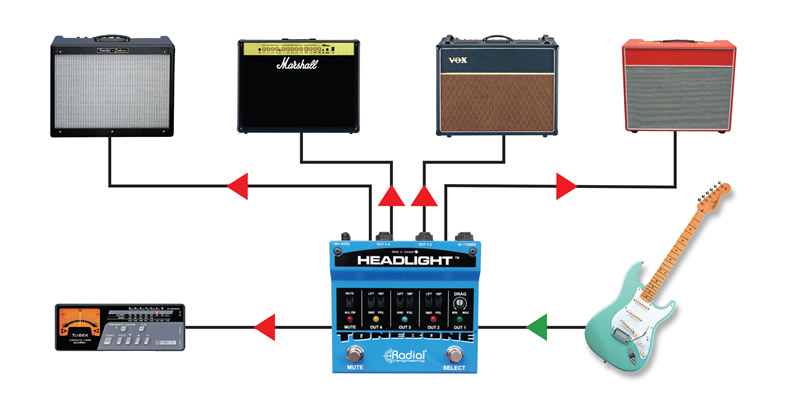 Use the Headlight to switch between four stage amps to create the ultimate setup for clean, crunch, overdrive and power solo! Simply depress the selector footswitch to select the amp you want. Super bright LEDs let you know which amp is active. Use the mute footswitch for quiet on-stage tuning 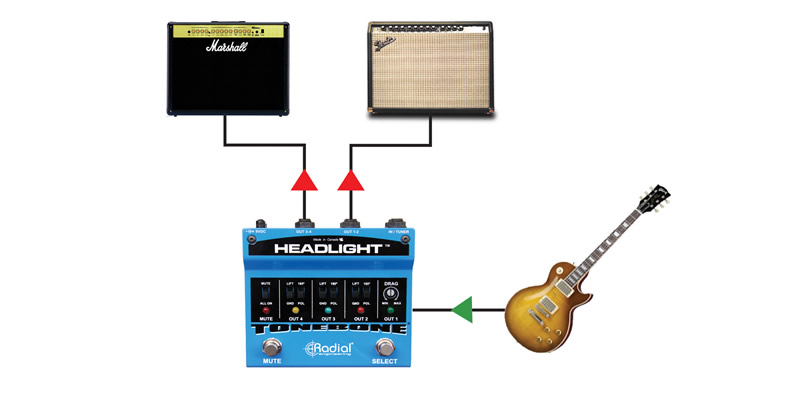 Using the Headlight as an ABY

Connect your two amps using outputs 1 and 2 and select between them using the right-hand footswitch. Set the left-hand footswitch to ALL-ON and when depressed, both amps will play. The isolation transformers will prevent buzz and hum from ground loops when both amps are on. 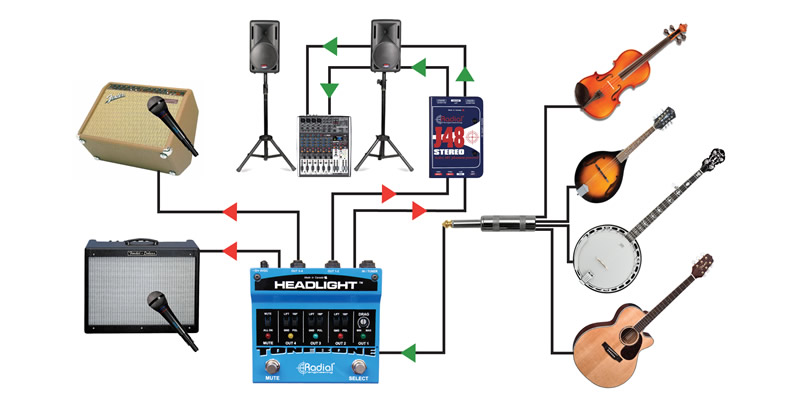 Using the Headlight you can feed both direct boxes and amplifiers. The outputs from the direct boxes can be sent directly to the mixer and stage amps can be mic'd.