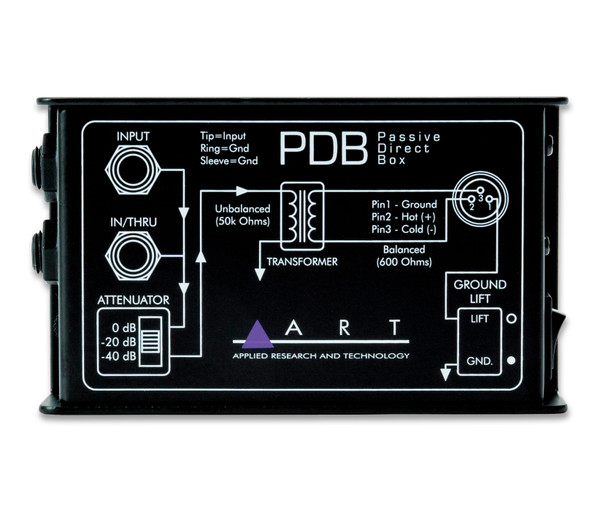 The PDB™ Passive Direct Box is a rock solid, roadworthy DI for connection of the outputs of electronic musical instruments (or other audio sources) to the balanced inputs of mixer consoles and other balanced inputs.

The PDB™ also allows connection of a music source to an instrument amplifier while simultaneously patching it to a mixer.